Some of Our Stores Are Temporarily Closed

The vaping industry uses Lithium-Ion batteries due to their safety and reliability record. In recent years the critical failure rate of quality Lithium-Ion batteries has dropped to 1 in 10 Million.
When these batteries fail it’s usually the fault of mishandling. There are some simple safety precautions you can take to ensure the best performance for your batteries. 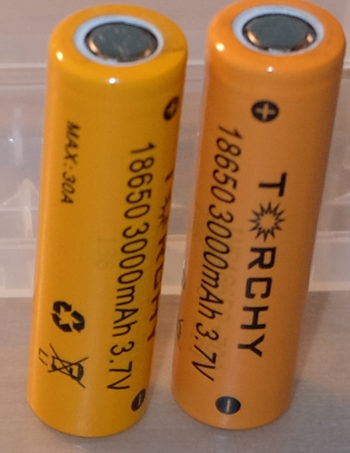 Do not use the battery if: 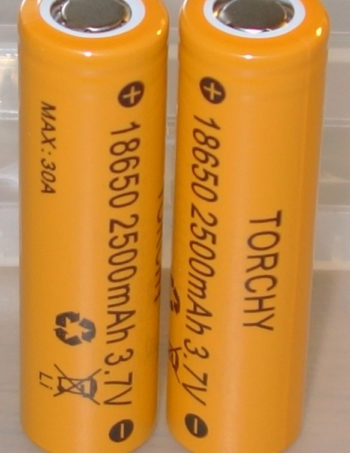 The best way to charge the 18650 batteries for your device is with an external 18650 battery charger. The one we sell, X2 Enook 2 Bay Battery Charger, has all sorts of safety features built into it and it’s designed to slowly ramp up the power to the battery, which makes recharging it easier on the battery. It also has a very intuitive display to let you know exactly what’s going on with your battery.

The device is capable of charging the battery and it has built-in protections that will prevent the battery from being overcharged or over-discharged. Don’t attempt to override this safety feature, as it will result in a bad day.

The battery is charged at 4.2 volts. If your battery is overcharged, it should be discarded. When the charge light on the device turns green, it’s done charging.
The battery is discharged at ~3.8 volts. If you over-discharge your battery, it should be discarded. The display on the device will read “weak battery” when you need to charge it.
The device has a chip inside of it that allows the battery to be safely recharged inside the mod, but it’s important to use the wall charging block and cord that arrived with your device. Using an inappropriate charger will cause problems.

The external charger that we sell is designed to work with a variety of wall sockets. The block that comes with the device will work or you can use another one. It comes with a cord and you should use that cord with it.

Allow the battery to rest for 10 minutes after charging and 30 minutes before re-charging.

We recommend not using a battery if it has been exposed to temperatures over 60°C.

If you’re storing a battery long term (months or years), discharge it to 3.8 volts and store it in a cool dry place. A refrigerator works well for this, but you need to protect the battery from moisture.

Modern quality Lithium-Ion batteries do not have the memory issues that older rechargeable batteries had. “Topping off” your battery is better for it than allowing it to completely discharge before recharging it.

After a few charge cycles, your battery will be “broken in” and you’ll get the full benefit of the mAh.

A typical Lithium-Ion battery is good for about 500 charge cycles. The overall lifespan of the battery is dependent upon how frequently you charge the battery. As the battery ages the life span of a single charge will shorten and the battery should be replaced.

We hope this is helpful and informative. The batteries we sell are supplied by Torchy the Battery Boy. If you’d like more detailed information about the batteries, you can get manufacturing and stress testing information from his blog site here.